Gary Ray Chafe, 1937-2017, artist, rebel, wit and friend, died on his 80th birthday surrounded by family. Since his well-attended 75th birthday party at the Veteran’s Memorial Hall Chafe had suffered a swift decline.  He was afflicted by Lewy Body Syndrome, a terrifying neurological disease. Despite the illness, Gary recognized friends and family and was lucid, at intervals, until the end.

If you have lived in Santa Barbara for a while, chances are you either knew Gary or know someone who did. To accompany Gary on a short walk in Santa Barbara was to stop often and chat with friends, artists and associates. From Mountain Drive to downtown, he had a series of wonderful, whimsical studio homes.

Gary was born in Pasadena to Edmee Silva and Ray Chafe. In 1948 the family moved to Santa Barbara where his father worked for SoCal Edison. He graduated from SB High in 1955 where he cartooned and practiced his graphic skills illustrating school posters. Gary is survived by his younger sisters Diane and Cheryle.

He served in the US Navy from 1955-57, with ports of call in the Philippines, Japan, Hong Kong and Korea. He was profoundly influenced by Asian Art. The ship’s admiral noticed his graphic skills, and he was promoted to serve as draftsman-illustrator on their map-making mission. He reminisced about once swimming with his shipmates in a place where he said “the ocean was over a mile deep”.

Chafe earned an Associate Degree from SB City College, where he studied with Charles Atkinson. He married Wendy Ann Barnes in 1959. His greatest pride was their daughter Maya, and later his granddaughter Alishanee. He was married to Waltraud Kuerschner from 1965-1968.

In 1964 he opened The First Press at 129 E. Canon Perdido St. where he hand-set type, printed on a vintage press, and framed artwork. He also showed his work there, along with a few artist friends. A social creature, he loved cultural events and parties. A constant source of civic action and ideas, he loved to get disparate groups of people involved. Fifty years ago he started the Yes store, a local artists’ cooperative that still thrives. He organized a mass bike ride. He collaborated with dancers on multi-media projects, created murals, T-shirts, book covers, and greeting cards. In the 70’s he became involved in the SB Frisbee scene, designing Frisbees (winning the 1979 Wham-O Disc Design of the Year) for the Santa Barbara Condors ultimate team, and playing on the Santa Barbara Ducks team. He painted sets for the Alhecama Theater, taught print-making at Adult Education, published Connextions (a quarterly art/poetry magazine) for 4 years, helped to open Our Daily Bread, ran the Noh Gallery and the Cafe Perdido.

He was an activist who marched against Big Oil and the Vietnam War and created satirical artwork related to all sorts of abuses and injustices. A constant questioning of authority was central to his character. Although protest was a big part of his art, it was by no means his sole focus. His work was figurative rather than abstract, not merely reproducing what he saw, but more importantly how he saw it or how he felt it. His renderings of the human condition or of nature’s beauty continue to be relevant and to make emotion palpable on paper. Gary made art almost every day of his life, moving between mediums easily, creating etchings, oil paintings, stone and bronze sculpture, wooden toys, wax cast jewelry and, most masterfully and prolifically: monotype prints. After a series of great downtown residences, he finally stayed for over 25 years at 202 W. Canon Perdido in a live/work studio, with his hand crank press as the centerpiece. His work has been shown in NY, LA, and NM and is represented at SBMA, Phoenix Art Museum, and in many private, corporate and public collections throughout the US.

Gary was a knowledgeable art historian and dealer, once buying a pot painted and signed by Picasso for $8.00 at a yard sale. In the 90’s I watched from a NYC sidewalk as he pulled a signed Corita Kent poster out of a dumpster. He did short stints as mail carrier and cab-driver, but basically supported himself with art for over 60 years, despite having no patience for the political intrigues of galleries or art world fashion. He kept his own uncompromising set of standards, but by refusing to bow, he never enjoyed representation, and was mostly collected by a regional group of aficionados.

Describing Gary’s life and sphere of influence is impossible to do on one page. His big heart touched so many. Countless people tell how he was their first friend in Santa Barbara, how he set them on their artistic paths, how he saved them from desperate situations, how he helped them “see color in music”, how he was so generous, considerate, and humorous. 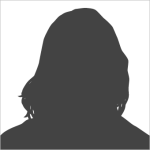 How to Find Us

Get Connected With Us.

Recommend this page on: